There has been plenty of discussion surrounding the food supply, and for good reason. Natural, nutritious food seems to be rare compared to its altered, compromised counterparts. This has forced labels onto food, which has created some confusion for the consumer as to what exactly they are buying. Here is a guide to help distinguish between three main categories.

The most natural way to produce plant-based foods, and the way it has been done for thousands of years, is what we now refer to as heirlooms.

It’s quite simple actually — you save the seeds of a fruit or vegetable that has favorable characteristics (color, shape, size and flavor are the most commonly considered) and plant them on a yearly basis. The plants are allowed to open-pollinate and ripen in their own time.

In this case, the seeds are in no way manipulated. The only things to consider are which seeds to save for the next growing season.

Since these seeds can be harvested and planted on a yearly basis, farmers never have to concern themselves with buying those particular types of seeds again. This makes it more sustainable and in many cases more profitable.

These plants most often produce the most appealing taste.

As farmers began to learn more about the genetics of heirlooms, different varieties were cross-pollinated in order to create new varieties with better disease resistance and traits that would allow them to grow in other climates. So rather than allow them to open-pollinate, two different varieties of plant were purposely crossbred to create a plant with certain characteristics — otherwise known as a hybrid.

This enables farmers living in climates that make it difficult to propagate a specific plant to now be able to grow that type of food in their region and become more sustainable. The only major downfall is that the seeds of hybrid plants do not necessarily result in plants that are identical to the parent plant, so seeds can’t be saved.

Growing hybrid plants is not a bad thing, but it has created some downfalls. In the mid-1900s, the agriculture industry took hybridization to the next level by selecting traits that would make their business more profitable (by increasing size, shelf life and yields), often at the expense of nutrient content and flavor.

As a result, the nutrient content has decreased. Protein content of wheat, barley and corn crops has dropped about 40% since the 1940s, and calcium in broccoli has decreased by about 50%.

These plants can be tasty, but at times that is sacrificed for size and yield.

GMOs use biotechnology techniques such as splicing, microinjection and viral and bacterial carriers to produce plants that are completely unnatural. This makes it extremely dangerous not only for our health but also for the environment.

An example of this process is a frequently used method of creating pest-resistant varieties by artificially inserting a toxin-carrying gene from a soil bacterium directly into the plant DNA. The plant then produces this toxin, which in turn kills off the larvae of their pests. In a similar process, soybeans are genetically engineered to withstand more pesticide use, which results in more toxic pesticides being applied to these crops.

This has resulted in more superbugs and superweeds that have adapted to them, creating more problems with the ecosystem. 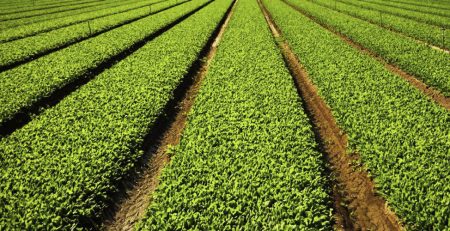 Date:July 27, 2016 Source:Lancaster University When it comes to keeping our soil healthy, maintaining plant species diversity is key, according to new... read more